Wordle #153 – The Upstairs and Downstairs. 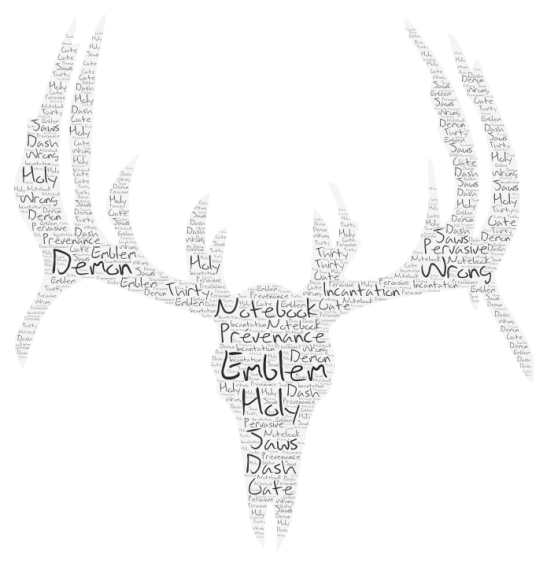 Being known as a demon wasn’t something that sat well with Wayne. It wasn’t his fault as someone had to belong upstairs and some downstairs. That’s how he saw it, and he believed that just as his friend the upstairs representative had prevenance so did he, just in a slightly different way. There were many souls downstairs who got off on their environment, and let’s face it, he would argue, when you were sent down, it was for pretty obvious reasons, and there wasn’t much you could do other than make the best of it.

With the hell-fire emblem emblazoned on your tunic and the constant risk of things going wrong, like bursting into flames at any moment, one had to be on one’s guard.

On this day Wayne was having his weekly meeting with Greg, his counterpart from the upstairs department. They each had their notebooks out checking over the week’s intake and tallying up their respective souls.

They met in Hell’s Kitchen, a café on the each of Hades, slightly west of the jaws of hell and well away from the influence of holy do-gooder. Also, Hell’s kitchen sold the best sushi in all of eternity.

Their scores for the week were thirty apiece. That was always satisfactory as both entities felt an even score kept both of them in the good books with those higher up or lower down, depending on how you looked at it.

Greg had been complaining about the soul who was clearly a lying bastard in anyone’s books but upon death had endlessly uttered an incantation hoping to convince Greg his soul was worth saving. But as pervasive as the soul tried to be when it came to seeing a soul for what it truly was, Greg could not be fooled.

The soul, thinking, he had convinced Greg made a mad dash for the gates of the upstairs only to be tripped up by Wayne who already had reserved the soul a spot downstairs.

“Whoo up there cowboy,” announced Wayne, as he gave the soul a hefty kick with his boot sending him spiralling down.

“Thanks for that,” said Greg, relieved as he went back to sipping on his latte and offering Wayne a ham sandwich. Wayne gratefully took the sandwich repeating as he so often did that upstairs was the only place to get a decent ham sandwich.

This entry was posted in Uncategorized, Writing prompt and tagged Mindlovemisery's Menagerie, Wayne and Greg, wordle. Bookmark the permalink.

9 Responses to Wordle #153 – The Upstairs and Downstairs.