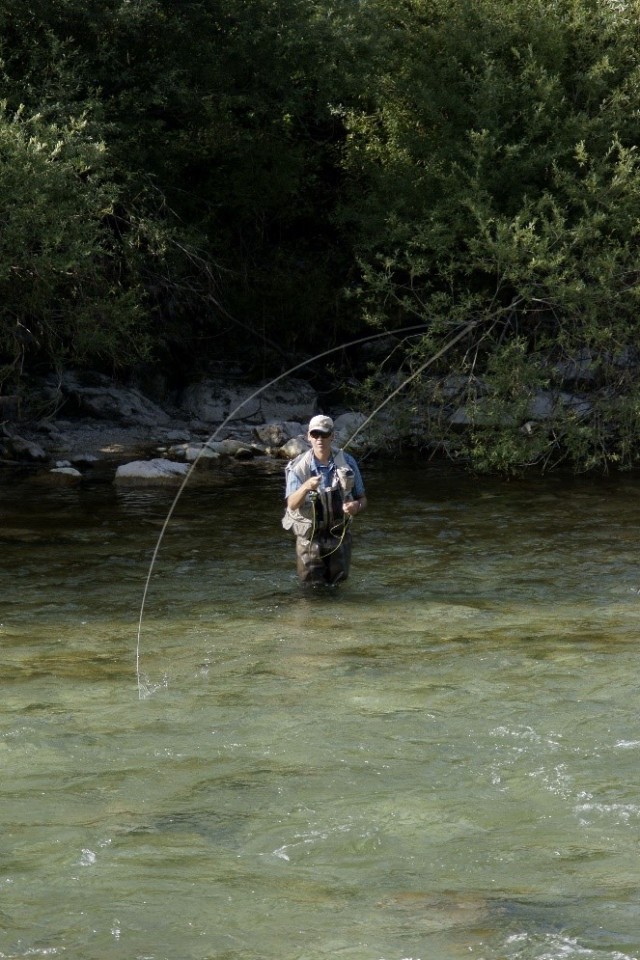 Old Hugo was the last of the big trout. He had eluded fishermen for years.

Johnno was an expert on fly fishing, having created some sought after flies.

Johnno took it upon himself to get his fish.

He spent the night before in his shed, creating the perfect lure, getting it right and stealing himself for the ultimate challenge.

By dawn, he was at the river, rod and lure at the ready. He cast out knowing this was the place where Old Hugo had been seen.

He had no luck until mid-morning when he felt a tug on his line.

His giggled the line before snapping it back, sure he had his catch.

There followed a battle between man and fish. They struggled back and forth until Johnno had Hugo in the shallows. Looking down, he saw a magnificent fish, a true warrior and survivor.

It was then Johnno realized it was not his fish to catch, but natures fish, and why should he destroy Old Hugo’s legend.

He snapped the hook from Old Hugo’s mouth, and feeling content within himself set him free.

This entry was posted in Uncategorized, Writing prompt and tagged Flash Fiction for the Purposeful Practitioner, fly fishing, Old Hugo. Bookmark the permalink.