The Ministry of the Unique* Part 4 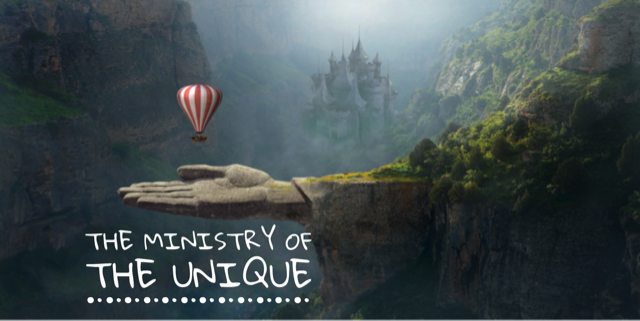 Master James O’Dowd had received a memo from the Ministry of the Unique to attend a meeting at 9.07am the following morning at their office in 37.5A Sourgrapes Lane.

It was signed by Alfred Hawers, Esquire, Minister of the Unique.

James was standing in the UNIQUE DETERMINATION ROOM with UNIQUE MARY awaiting her discovery of what it was he was unique in.

In James’ opinion, he was simply James O’Dowd non-sporty and very ordinary.

UNIQUE MARY then beckoned him to follow her. They went out a door and along another corridor passing a number of doors all labelled curiously UNIQUE 206, UNIQUE 206.3A and so on. The doors stretched the length of the hallway, and every now and then a door would open, and a very unusual character would emerge and disappear inside another doorway. These characters James determined were not human, and if they were, they belonged to a race of people he had never come across, not that he had any great worldly experience, but there was something about this place that was very curious. Probably why he thought it was called the MINISTRY OF THE UNIQUE.

“Mr Hawers’ special project,” said UNIQUE MARY noticing James’ interest in the creatures. “He employs them to run the Ministry accounts. We know them as the NUMBERS, we only need one in each Department, they have this amazing capacity for figures and keep immaculate books. But don’t try and engage with them they are only capable of a single purpose, and that’s to do with the accounts, beyond that they are jabbering riff-raff.”

James watched as a NUMBER came across the corridor in front of them and waited as they passed, eyes cast down, lips mumbling something incoherent.

They stopped in front of a door marked UNIQUE IS US. Inside James saw the most fascinating of sights. It was like a huge city existed inside the room. There were streets busy with traffic, tall buildings and hordes of people hurrying along very congested pathways.

“Yes,” said an incredulous James. “It’s like a city in your pocket.”

“Very good observation,” chortled UNIQUE MARY, “it’s an illusion, and not everyone can see it. But you can James and that my boy is what makes you unique. Your ability to see what others can’t.”

James thought about this for a moment and began to think back to when he first realised he was able to see what others didn’t.

He recalled times when he had been enthralled by what he saw in his own backyard and when he’d mentioned it to his parents they had dismissed his claims as his imagination playing tricks on him. So subsequently he had done the same believing his mind was a tad overactive.

But now when he turned to UNIQUE MARY with so many questions to ask her and then looked back he saw only a bare room, the city had disappeared and in its place was a rather ordinary office table and two chairs.

“But it looked real,” cried James unable to believe what he saw.

“It was real,” said UNIQUE MARY, “but only you and a few others, have the ability to see it.

“Goodness,” exclaimed James, “what does all this mean?”

This entry was posted in Uncategorized, writing challenge and tagged fantasy, Ministry of the Unique, mystery. Bookmark the permalink.

6 Responses to The Ministry of the Unique* Part 4