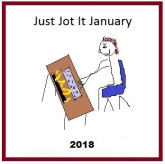 Liberty Bates lived three doors up from me. She was a simple girl with simple tastes. She went to school like every one else but never seemed interested in anything school had to offer her.

Her mum and dad worried about their daughter and as they aged and Liberty grew their worry increased, as Liberty seemed more than happy to hang around the house and read. She did love to read and devoured every book on the library shelves.

After her parents died Liberty stayed on in the house, she had nowhere else to go.

It was about this time computers arrived.

At first like everyone else Liberty was intrigued by them and what they could do.

It wasn’t long before Liberty discovered an ability that had lay dormant within her.

She understood computers and soon found herself in demand within the neighbourhood answering questions and fixing whatever issues arose among her neighbours.

Such was her knowledge she was employed by a large accounting firm in the city and went happily to work each day.

Liberty Bates discovered what it was like to be needed and enjoyed the fact that unlike most people she did know the difference between her ROM and her RAM.