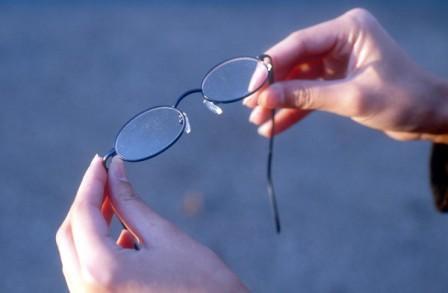 He was pacing back and forwards, from one room to another. The whole time he was muttering to himself, “I’m sure I had them this morning. Now they have to be here.”

When we inquired as to what it was, he was looking for he exploded: “My glasses, I had them this morning, and now they’ve disappeared. Have you kids been hiding them again?”

Collectively we protested our innocence and began looking ourselves.

Pretty soon there was a major search on. Questions were asked: “where do you remember wearing them?” “What colour is the frame?” “Do you have a spare pair?”

The questions only infuriated him more. “I’ve got one pair, and without them, I’m as blind as a bat.”

We looked everywhere, the kitchen, the bathroom, his bedroom and no glasses could be found.

Feeling down about the whole business, we sat and pondered what to do. Grandad in this state was in any way rational and began blaming each of us for obviously moving them from wherever he had left them.

Just as things were getting desperate, Gran came in with Mum from doing the shopping. They were greeted with the problem and a bunch of long sad faces, grandad’s in particular.

“You silly old coot,” said Gran, “your glasses are where you always leave them.”

“On top of your head. Did anyone think to look there?”

Grandad put his hand on top of his head, and sure enough, there were his glasses.

“How come we didn’t see them?” we asked.

Gran explained she had been through this situation many times and knew that Grandad had a habit of putting his glasses on top of his head. When he started saying he’d lost them the last place you’d expect to find them was on his head so you didn’t look there and even if you did chances are you didn’t notice them.

After that when ever Grandad said he’d lost his glasses we made sure to look in the most obvious place.