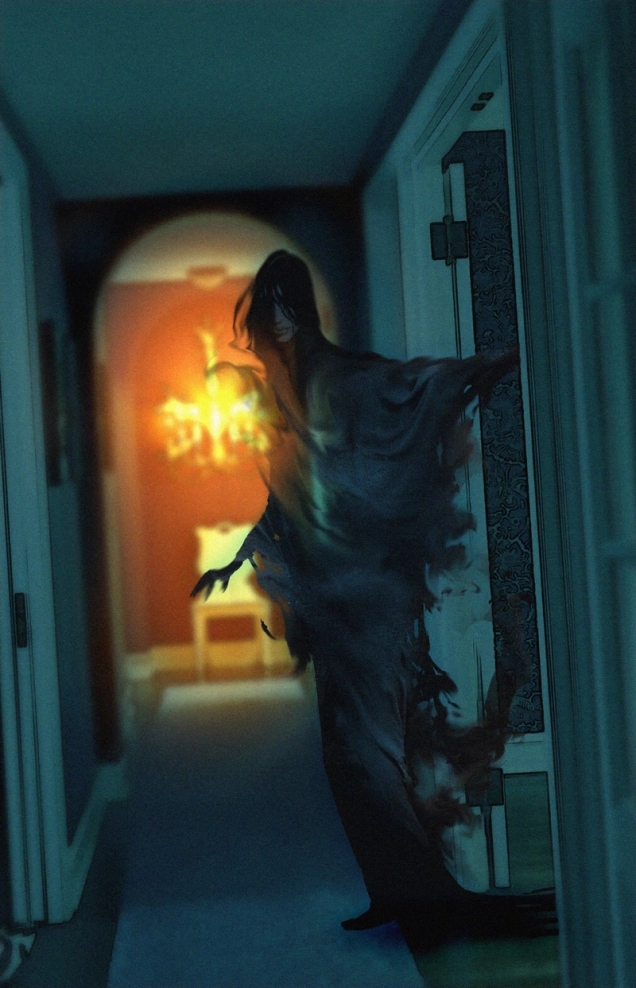 It’s 3am, and I’m on my way to the bathroom, a usual night with the usual urge.

From out of the wall Myrtle drifts into the hallway as I wander by half asleep but aware of her.

She lingers there, her tresses and sheer gown billowing about her in a non-existent wind, but impressive all the same. In my mind I’m wondering how I might ask her that question, how is it she can conjure up such a spectacular sight.

Once her appearance scared the life out of me. It took a while to realise that Myrtle was as much a part of my house as I was. She doesn’t mean any harm, in fact, I’m convinced its company she craves as she is always about when I venture out at 3am, either that or she has some bizarre fixation on me, the bathroom and 3am.

I’ve looked into the history of my house. It was built in 1876 by Theo Waltz, a German immigrant who sold perfume from out of the front room. The only unusual account I can find is that of a woman who died in the house during a flood in 1922.

The paper at the time wrote up the story as a woman caught unawares by the rising water and unable to escape the house in time.

So if my ghost is this woman I feel sad she’s stuck here, with me while I go on about my life. Though I figure acknowledging her is the least I can do.

This entry was posted in Uncategorized, Writing prompt and tagged #fffc, ghost. Bookmark the permalink.