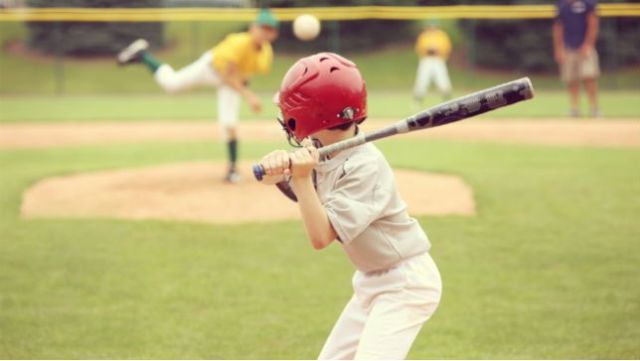 Today’s prompt: “That was your third strike.”

Joey threw his bat down in disgust when he was struck out for the third time in the game.

His dad came and sat by him telling him some days you can just be unlucky, his dad had a saying he brought out at times like this:

“You are just a good player out of form.”

Joey wasn’t interested in what his dad had to say, he thought it unfair the pitcher was pitching way too fast, and he couldn’t get in a decent swing.

He kicked the dirt at his feet and took himself off to sulk, after all, what was he to do but put in a good sulk and generate the maximum amount of sympathy.

Just then his mate Billy called for him to come and throw a few balls at him as he was preparing to be catcher during the next innings. Joey liked throwing the ball and jumped at the chance to do so. He and Billy threw a lot of balls and Joey was pleased his mate was the team’s catcher because Billy was good at it.

Before long their team’s innings came to an end and the boys took to the field. Their opponents were a team of their age with a girl called Ally playing with them. Ally was next up to bat, and the boys were confident they would get her out quickly.

They quickly gained two strikes against her before she hit a pitch way down field. Joey raced after the ball, which sped across the outfield. He could hear the screams of his teammates telling him to hurry as Ally was stealing bases and the boys didn’t want the ignominy of a girl beating them.

Joey finally reached the ball and turned to throw then suddenly realised the ball had stopped in a pile of dog poo.

As he gingerly held the ball afraid to get the poo on his hands, Ally was running from third base towards home, his team were screaming louder, and his parents were on their feet.

It was too much for Joey; he threw the ball down and proceeded to kick it across the grass hoping to rid it of the smelly poo.

It wasn’t until after that everyone realised what had happened. But that didn’t stop the criticism from some parents who felt their son’s shame.

To add to Joey’s embarrassment, his coach told him his three strikes at bat, and his ultimate poor performance in the field meant he would be sitting out the next game.

Needless to say, he went home an unhappy player, his hand he felt would always smell of dog poo and girls he decided sucked.